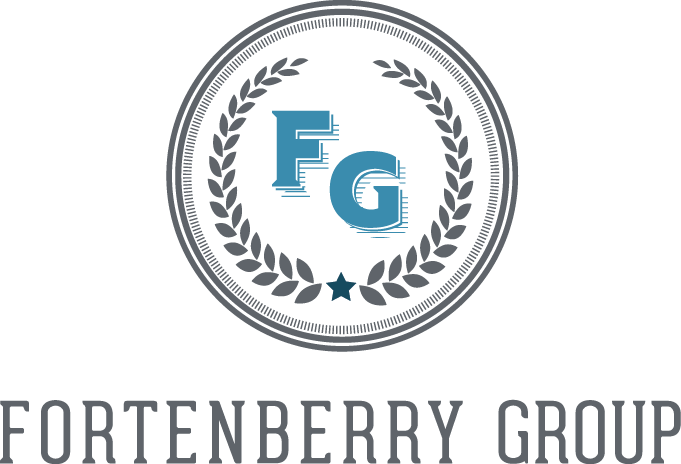 Cash is Literally Flowing All Over the Planet

Home   /   Cash is Literally Flowing All Over the Planet

Over the past few months I have had the opportunity to tour e-commerce operations all over the world. I visited an incredible variety of businesses, including Amway China, Columbia Sportswear, DHL, Duytan Plastics, Lazada Express, Nike, Ching Luh, RR Farms, Schneider Logistics, Honeywell International as well as the American Chamber of Commerce in Beijing.

My biggest takeaway from these visits is that it doesn’t matter whether you’re talking about a leading e-commerce sales platform or a brick and mortar store: it’s still People, Process, and Tools that drive business success. A well thought-out business structure + strategy + fundamentals = success.

I’ve seen both failure and success firsthand, as well as studied it from afar. It always comes down to the basics. An August 1, 2018 Wall Street Journal article described how the online retailer Etsy learned this lesson the hard way and lost $30 million in the process. They poured millions into their software, but didn’t take the time to understand their marketplace. They also failed to communicate a coherent business strategy to their employees. Alternatively, if you have your strategy laid out (and well communicated), take care of your people, and perform business fundamentals flawlessly, you can grow at a rate of 30% a year for a very long time: just ask Lazada in Ho Chi Minh City.

An e-commerce transaction can be between enterprises, households, individuals, governments and other public or private organizations. Included in these electronic transactions are orders made over the web, extranet or electronic data interchange. The type of transaction made is defined by the method of placing the order. Normally excluded are orders made by telephone calls, fax or manually typed e-mails.

In 2016, worldwide retail e-commerce sales reached $1.915 trillion. Double-digit growth is expected to continue through at least 2020, when sales will top $4 trillion. This growth is largely being driven by emerging markets. Amazon’s online sales were $79B, Walmart’s were $13.5B and Apple’s $12B. These are all staggering numbers, especially when you consider that — just 20 years ago — Amazon had barely started doing business, and was only selling books, music and movies.


E-commerce Across the Globe

Looking at this industry by the numbers

The U.S. e-commerce market is estimated to be $500B, or one quarter of global sales. The Department of Commerce announced in August 2017 that total retail sales for the second quarter of 2017 were estimated at $1,256.2B, an increase of 0.5% from the first quarter. Their report estimated that U.S. retail e-commerce sales for the second quarter increased by 4.8% from the first quarter to $111.5B.

If you are an Amazon Prime member, you know the distribution model: order today and (maybe) get it in two days via UPS or the U.S. Post Office. It’s a model that’s worked, but with the speed that e-commerce has now reached, it’s a bit clunky. Also, as a result of the Trade Facilitation and Trade Enforcement Act of 2015, these transactions are now eligible for free duties and taxes up to $800 of imported purchases.

Europe’s e-commerce sales have been rising 15% annually for four years, and gains are projected to run at a similar pace in the short term. 2015 digital sales were $633 billion, with the UK, Germany and France making up Europe’s three largest markets. In 2014 these three countries jointly accounted for just over 60% of all digital sales in the region. The UK alone claimed 30.0% of digital sales, with Russia the fastest-growing European market with annual e-commerce sales of $25.2 billion.

This distribution model is similar to that of North America. Orders are placed online, transmitted to a warehouse where order fulfillment is accomplished, and fed to either the local post office or small parcel carrier.

In the meantime, Asia-Pacific has leapfrogged the west to become the world’s largest regional e-commerce market.

While examining China’s e-commerce market, it is important to note that over 100 of its cities have more than 1 million residents. By way of comparison, there are only 13 cities in the United States that can boast this same statistic. China’s online shopping sales reached $589B in 2015, accounting for 10% of total Chinese consumer retail sales. This oldest country on the planet is estimated to have 731M internet users accessing the web and shopping from their phones. China is a mobile-driven consumer economy that is led by three giants: Baidu (search engine), Alibaba (the largest e-commerce company in the world) and Tencent (owner of WeChat, a social media outlet boasting 900M accounts). Together, these tech companies have captured China’s internet, and are spending billions to capture the future growth in this market.

While western companies have chased the proverbial 1.3B Chinese, many have failed to learn that China is not one market, but rather many small ones.

Additionally, local and national politics (with their accompanying regulatory oversight) have worked against these companies’ abilities to enter this complex marketplace. GAC 26 Rule, with its accompanying ‘White List,’ states that rules are defined by 8-digit HS code for what goods can be imported into China via courier or postal service. They largely centered on consumer goods for the domestic market, including food and beverage, garments, household appliances, cosmetics, diapers, children’s toys and baby formula.

So, while the cash is flowing freely, restrictions and barriers limit the abilities of outsiders to participate in this bounty of riches. This list greatly reduces the opportunity for breaking into that 1.3B Chinese marketplace.

This distribution model is unlike anything I had ever experienced. You can order by 11:00 and get product in six hours. Warehouses outside of the metropolitan area feed a network of vans, tricycles and motor bikes that make precise deliveries. One person commented to me that they hadn’t been to the market in five years – everything is done electronically. 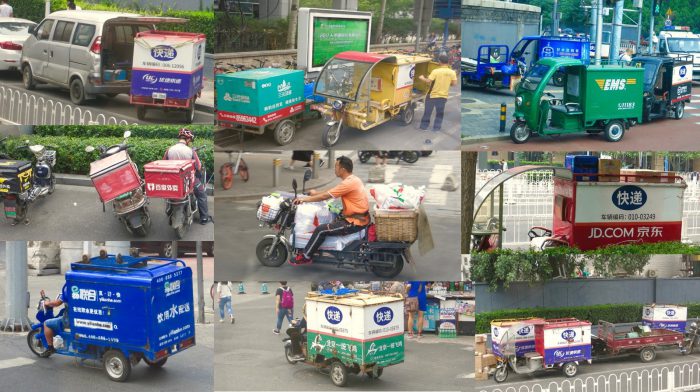 In addition to the U.S., Europe and China, emerging markets are also joining this global phenomenon. A great example is Vietnam, a country with over 90M people, 41% of whom are internet users.

In 2015, e-commerce in this emerging economy was estimated to be $4.9B, which represented only 1% of the retail market opportunity. Vietnam has a growing middle class whose theme is “you came for the workers, you’ll stay for the shoppers.” The markets are driven by demand for fashion, technology and electronics, appliances, travel, books, music, DVDs and personal services. Like China, the hyper-growth in Vietnam is driven by high internet and smartphone usage.

A couple of cautionary notes here: while the e-commerce market is currently wide open in Vietnam, with the largest company only having a 10% market share, it will take at least five years to be able to scale up the infrastructure to take full advantage of this opportunity. Another point to be remembered is that Vietnam is largely a COD economy. Electronic payment platforms will enable the growth patterns seen in the west and in China. 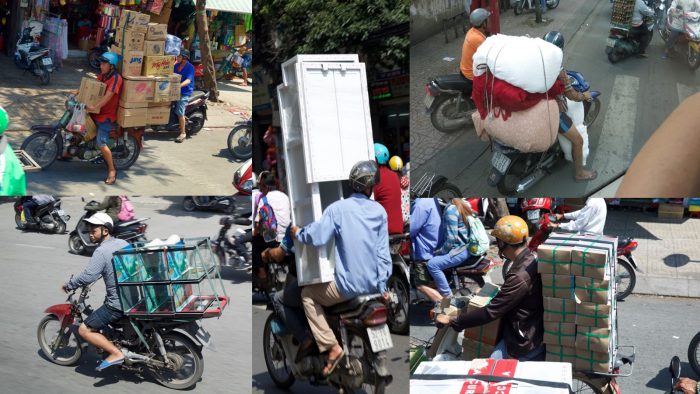 This distribution model rivals that of China. Order today and product is delivered the next day by motorbike (which is an interesting observation in safety practices).


Quick View of the Global Marketplace

Technology has made it possible to place an order online in seconds, with delivery six hours later, but the fulfillment process is still dependent upon executing properly. Understanding the statistics that are supporting the digital market is important, but does not replace the basic fundamentals that have always driven a business’ overall success. Having a proper strategy, a well-organized structure, and communicating with your people are always the essential foundation of every business, whether sales are driven from a computer screen or by traffic into a brick and mortar building.

In the United States and all around the world, companies are creating unique e-commerce platforms while dealing with the challenging issues of payment and distribution. Despite the temptation to develop new theories to adjust this fast-changing world, it is still the basics of business structure, a thoughtful and adaptive strategy, and time-tested fundamentals that will deliver success. People, Process and Tools continue to be the foundation for every successful business model.